A total of eight varsity football players were recently named as District all-stars for the past fall football season. They were led by junior Garson Imes, a 5’11”, 190 pound linebacker. Imes was the anchor of a stingy Conotton Valley defense and was the only Rocket named to the first team All-District. Five other Rockets received second team 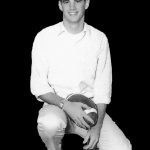 Larry Dunlap was a 1961 graduate of Conotton Valley High School who lettered all four years in baseball, football, and basketball for a total of 12 varsity letters. Dunlap was actually offered a scholarship at Ohio University in basketball after he graduated but chose to sign with the Cleveland Indians as a left-handed pitcher right 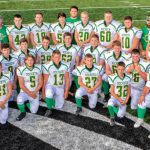 Multiple Teams · Aug 28 ALL CV STUDENTS ADMITTED FREE TO ALL GAMES THIS YEAR!

Superintendent Todd Herman has announced that all CV students in all grades will be admitted free to all home games. Students will be issued a plastic pass some time next week.

No Events This Week

Events are added by athletic staff.
View All Events